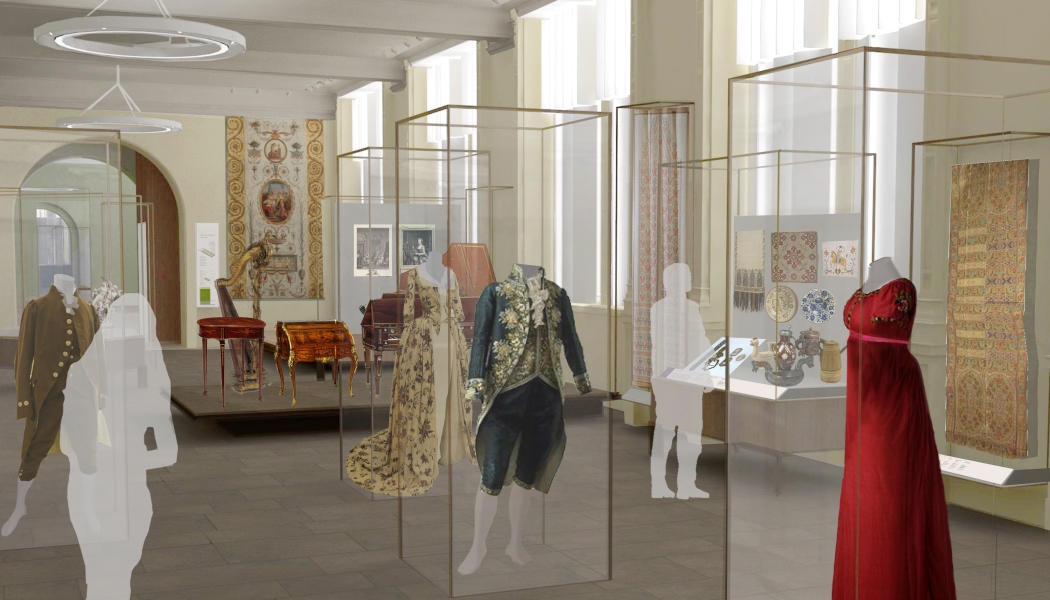 The installation of nearly 1,100 objects is nearing completion as the V&A prepares to open a new suite of galleries next month dedicated to the arts of living in Europe between 1600 and 1815.

The unveiling is a major part of the V&A’s ongoing redevelopment programme known as FuturePlan, fundraising for the £12.5m project is now complete thanks to lead support of £4.3million from the Heritage Lottery Fund (HLF) the children of Her Highness Sheikha Amna Bint Mohammed Al Thani, the Friends of the V&A, The Selz Foundation, Würth Group, The Wolfson Foundation, Dr Genevieve Davies, William Loschert, the J Paul Getty Jr Charitable Trust and many other private individuals and trusts.

The new galleries have a prominent position next to the V&A’s grand entrance, Europe 1600-1815 continues the story of art and design that begins in the award-winning Medieval & Renaissance galleries (opened 2009) and completes the restoration of the entire front wing of the Museum.

The V&A has worked with architectural practice ZMMA on the redesign of the galleries. The project has seen the complete removal of the interior cladding added in the 1970s and reclaimed back of house storage space.

The combined effect enlarges the galleries by almost a third to 1,550 sq m and natural light has been returned to the spaces with previously obscured windows uncovered. Environmental controls have been be upgraded to provide sustainable and stable conditions for the collection and new state-of-the-art cases that meet modern environmental and security requirements have been installed. 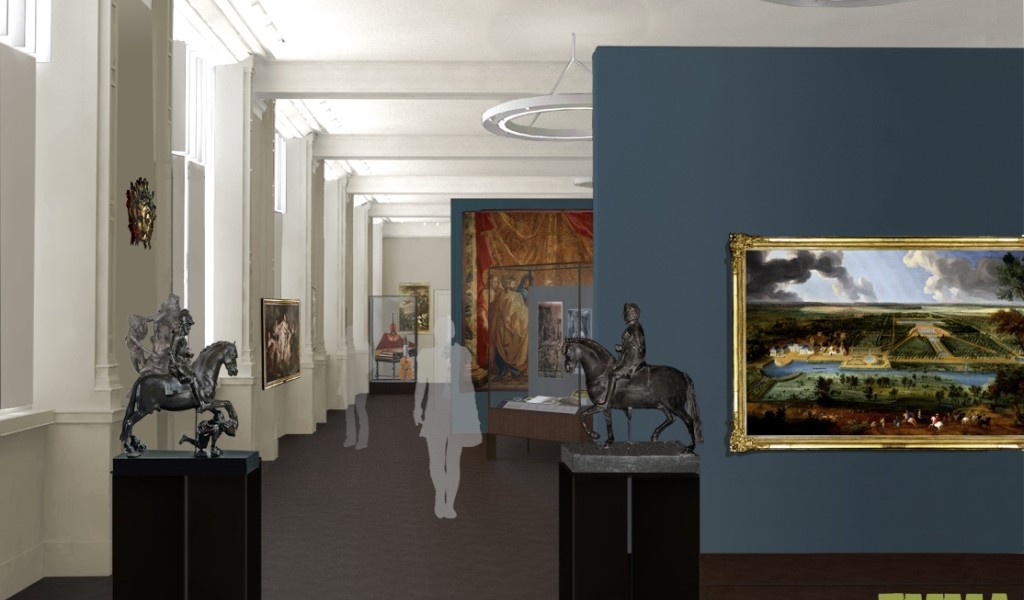 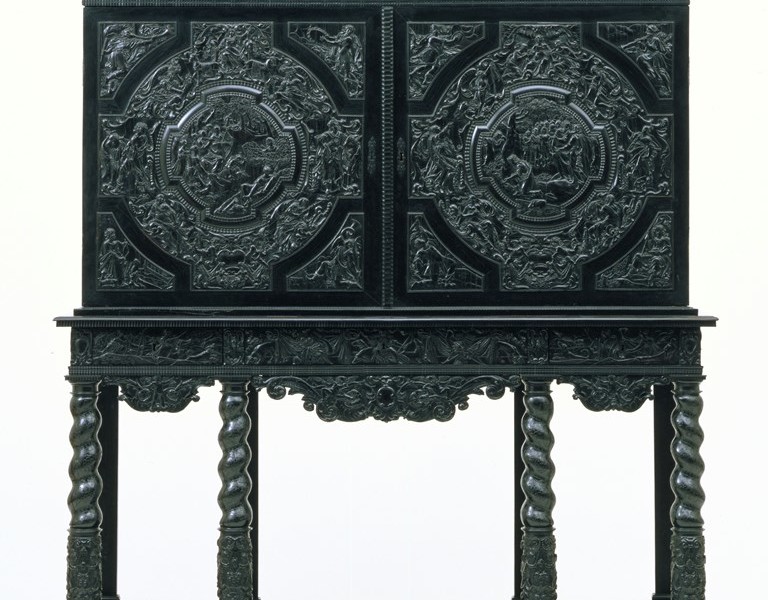 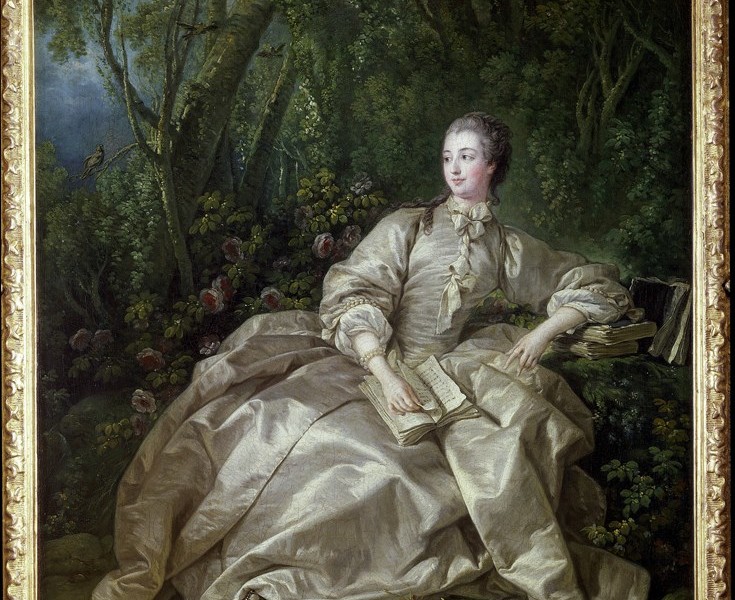 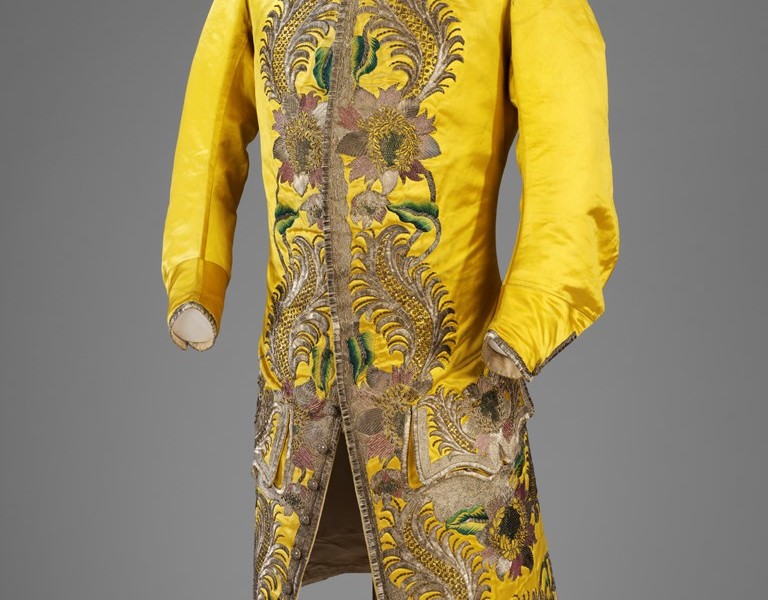 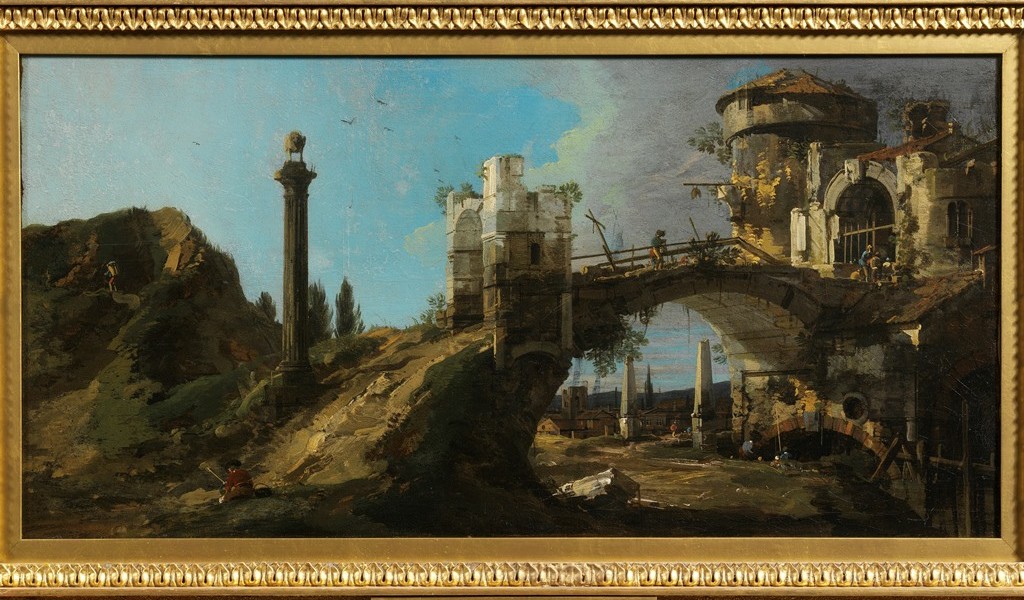 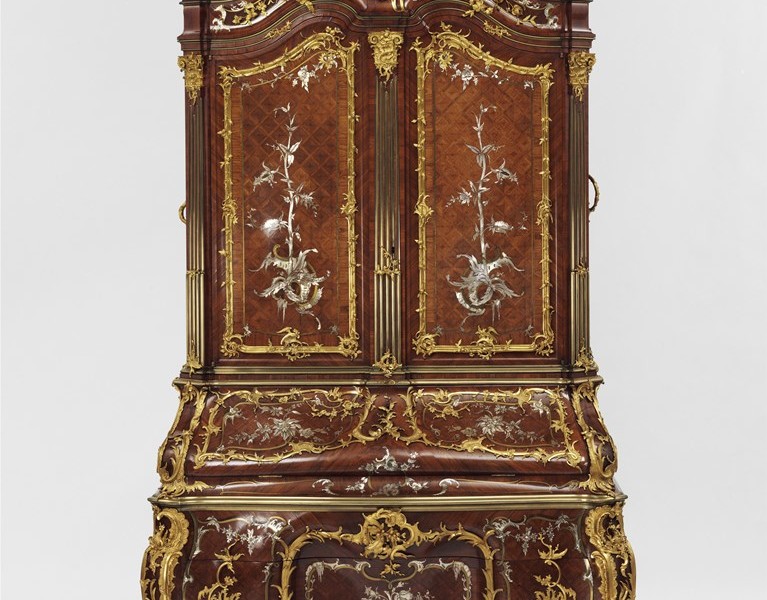 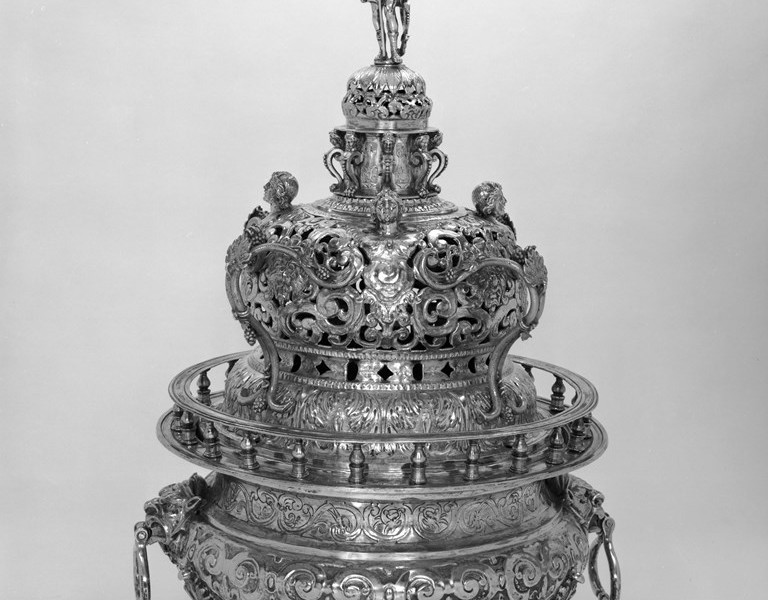 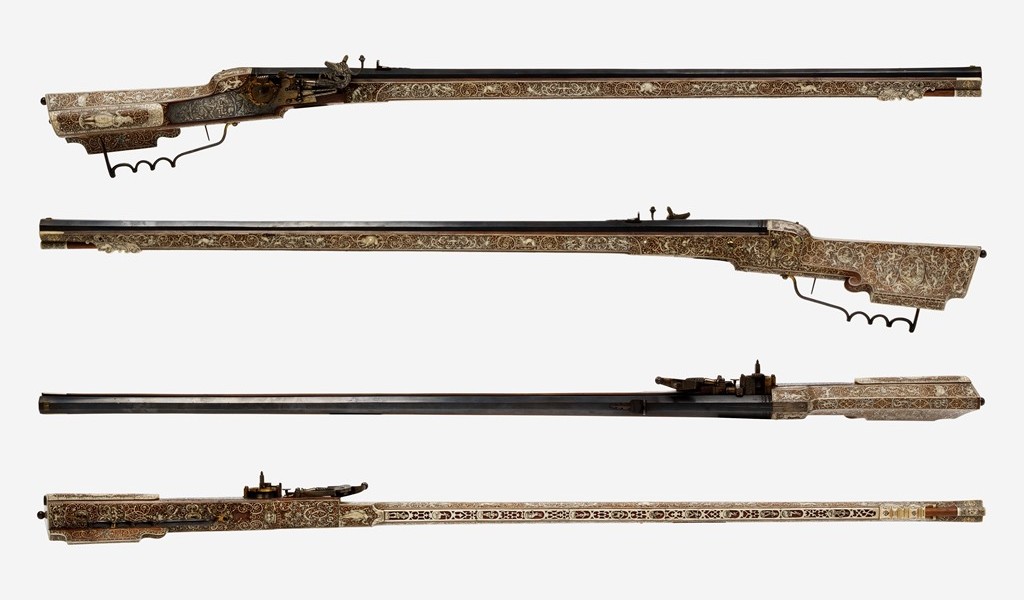 Four large galleries will introduce the story in chronological sequence, alternating with three smaller galleries that focus on specific activities: collecting in the Cabinet; entertainment and glamour in the Masquerade and enlightened thought in the Salon (which includes a contemporary installation from artist collective Los Carpinteros).

“These new galleries are a major development in our ambitious programme to renew the architecture of the V&A for the 21st century and, at the same time, re-examine and re-present our collection for our visitors,” said Martin Roth, V&A Director. “At a time when roles and relationships within Europe and the world are under scrutiny, it is interesting to explore the objects, makers and patrons of a period that was so influential upon the habits and lifestyle of Europe today.”

Three historical interiors will invite visitors to imagine life in the personal spaces of the time: a 17th-century French bedchamber; a Parisian cabinet from the reign of Louis XVI and a mirrored room from 18th-century Italy.

The collection comprises some of the most magnificent works held by the V&A, including spectacular examples of textiles and fashion, painting and sculpture, ceramics and glass, furniture and metalwork, prints and books. Many objects were made in Europe by its finest artists and craftsmen for the period’s most discerning leaders of taste such as Louis XIV, Marie Antoinette, Catherine the Great and Napoleon.

The displays will demonstrate how France succeeded Italy as the undisputed leader of fashionable art and design in Europe in the second half of the 17th century. They will also show how – for the first time ever – Europeans systematically explored, exploited and collected resources from Africa, Asia and the Americas.

Sir Peter Luff, Chair of HLF, said: “The opening of the Europe 1600-1815 Galleries is witness to the V&A’s vision and commitment to redeveloping its South Kensington site. The seven galleries are of international importance meriting a dramatic refresh and a complementary programme of activities to attract and inspire a new generation of museum visitors. It’s thanks to National Lottery players that we have been able to support this key piece of the wider FuturePlan jigsaw.”

Preparation for the reopening has included a full reinterpretation of the collection and many important objects have undergone conservation: several large tapestries have been cleaned at De Wit Royal Manufacturers of Tapestries in Mechelen, Belgium, including the Gobelins tapestry after the Poussin painting The infant Moses tramples on Pharoah’s crown manufactured in Paris in the 1680s.

A number of significant new acquisitions will be exhibited for the first time at the Museum including a 17th century Venetian table by Lucio de Lucci, acquired after a temporary export ban in 2012.

Fashion garments, furniture and textiles have been conserved in the V&A’s world-renowned studios and a Meissen table fountain has been meticulously researched and rebuilt for the first time since its acquisition in 1870.

The galleries will open to the public on Wednesday 9 December and entry is free.

The new European Galleries at the V&A will open on 9 December. Image courtesy of architects ZMMA