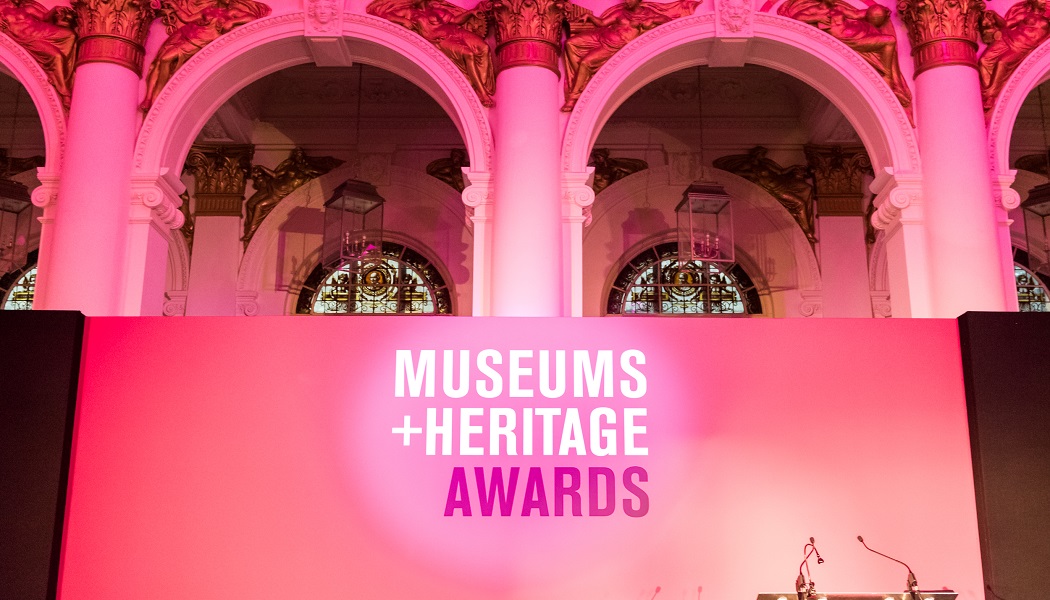 What it means to win at the Museums + Heritage Awards

With the 2020 edition of the Museums + Heritage Awards fast approaching – and the 31st January entry deadline even nearer – we take a look at some of last year’s winners to see what impact success in 2019 has had.

For the past 17 years the Museums + Heritage Awards has been recognising excellence within the sector, bestowing around 200 prizes on organisations and individuals who have channeled ingenuity and innovation in ways that have transformed the industry.

The 18th edition of the Awards will be no different, with the winners in 13 categories to be announced on 13th May in London.

Click on any of the links below to see which award category is most suited to your work:

Permanent Exhibition Of The Year

Temporary Or Touring Exhibition Of The Year Sponsored By Displayways

Limited Budget Project Of The Year

International Award Of The Year, Project More Than £1m

International Award Of The Year, Project Less Than £1m

Shop Of The Year, Turnover More Than £500k

Shop Of The Year, Turnover Less Than £500k

Marketing + Communications Strategy Of The Year

Learning Programme Of The Year

Innovation Of The Year

Partnership Of The Year

Restoration or Conservation Awards of the Year

Volunteer(s) Of The Year Sponsored By AIM

“The awards have become the benchmark for excellence and the shortlistees and winners represent the very best of the best.”

Leeds Museums & Galleries and the Old Royal Naval College were two of the organisations to scoop a prize in 2019. Neither have looked back since, with the months since the May ceremony having seen a significant rise in profile for their respective projects – both among sector peers and the public.

Educational Initiative of the Year

Conceived to educate children on the area in which they live, Leeds Curriculum centres on delivering 50 regional stories a parent would want their children to know before leaving primary school. The Curriculum featured stories of all kinds, united by the common goal of getting children to engage with everything that makes the city unique – while also conforming to the National Curriculum prescribed by government. 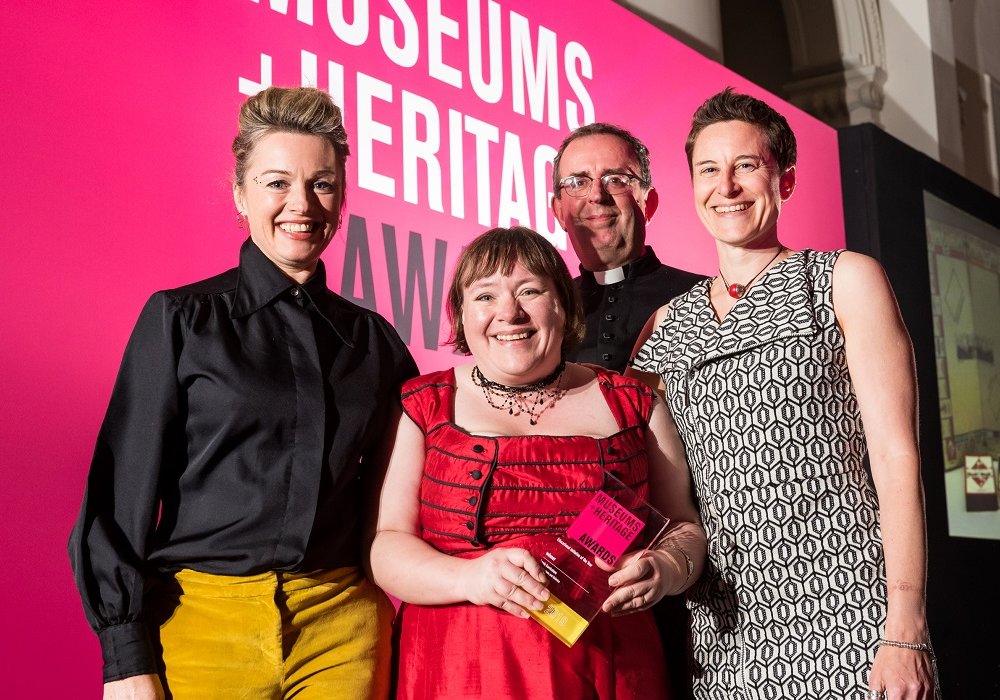 The novel approach – underpinned by a mantra of “about a place, for a place, by a place” – caught the judging panel’s eye and led Leeds Museums & Galleries to victory over London Transport Museum’s Battle Bus and RAF Museum’s RAF Centenary Programme, both of which were highly commended by the judges.

“It was great for the partnership to be nationally recognised, and it gave all the partners a real boost in confidence in the Curriculum, showed them the power of what we can do by working together and gave them renewed vigour to keep growing the resource.”

The achievement, which judges credited as having an “innovative sense of place and responding to the needs of its locality”, has also meant Fellows’ individual diary has become even busier. Speaking engagements and interest in the organisation’s work have both increased markedly since scooping the award in May.

She went on to say the national publicity around the award provided an advocacy platform to communicate collectively as an arts and cultural sector regarding the essential nature of culture within formal education. “If that means more teachers, workers in Children’s Services and decision makers get that message, and we can talk together to enable more children to access arts and culture through their school time, then that’s awesome and we’ve achieved what we set out to do,” Fellows concluded.

The Old Royal Naval College’s Painted Hall, referred to in some quarters as the UK’s answer to the Sistine Chapel, underwent a vast restoration project between 2016 and spring 2019 in order to restore its ornate interior and inventory of English baroque art. 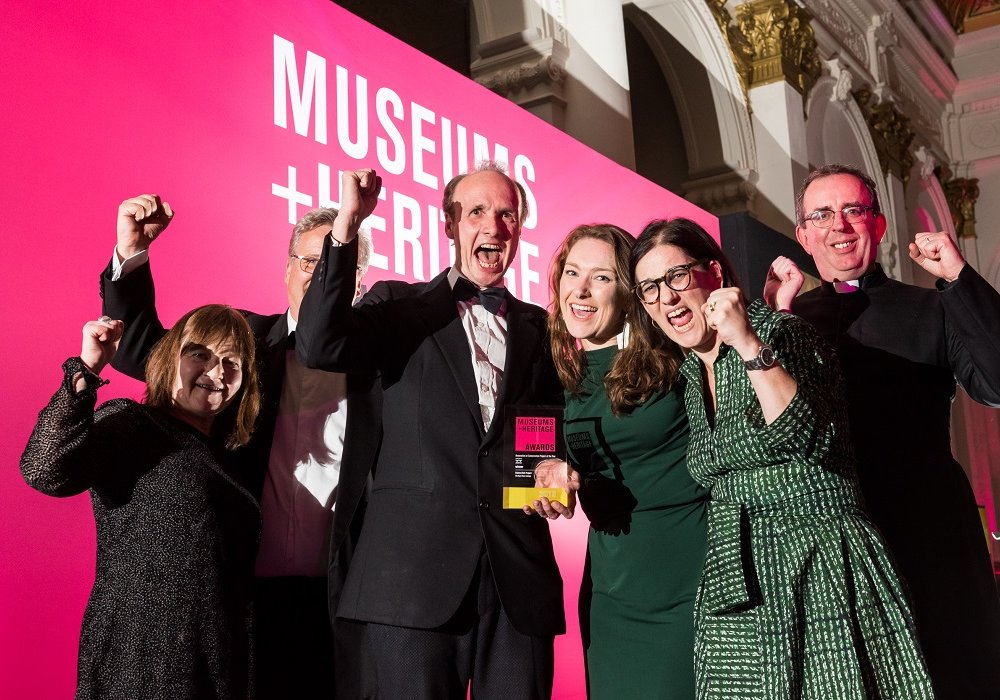 Described as a “pioneering project in scale, scope and ambition” by the judging panel, the £8.5 million scheme – part funded by National Lottery Heritage Fund – was deemed the most significant restoration project of the year.

“It was a huge honour to win the Museums + Heritage Award for the Painted Hall conservation project,” Helen White, interpretation manager at Old Royal Naval College, noted. “Most significantly it helped to showcase the skills, talents and the huge collaborative effort involved in delivering this major transformation and it helped to raise the profile of the Old Royal Naval College within the sector. It has been an enormous confidence boost for our staff and a springboard for future excellence.”

Visitors were afforded the chance to watch one of the year’s largest conservation projects in Europe unfold as the site was ‘open-access’ throughout. More than 80,000 people did so in 2017 and 2018.

“The M&H award was recognition of the considerable ambition and investment involved in programming the ceiling tours to take full advantage of the conservation project, transforming it into a genuinely innovative large-scale open-access initiative. This, as well as capturing the public imagination and drawing in new audiences, also had a galvanising effect on the organisation as a whole,” White concluded.

The 2020 Museums + Heritage Awards Ceremony will take place on 13th May at 8 Northumberland Avenue, London, WC2N 5BY. Tickets are available here. 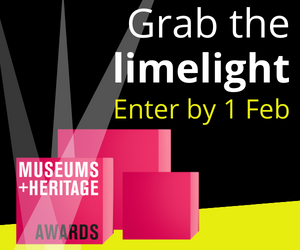