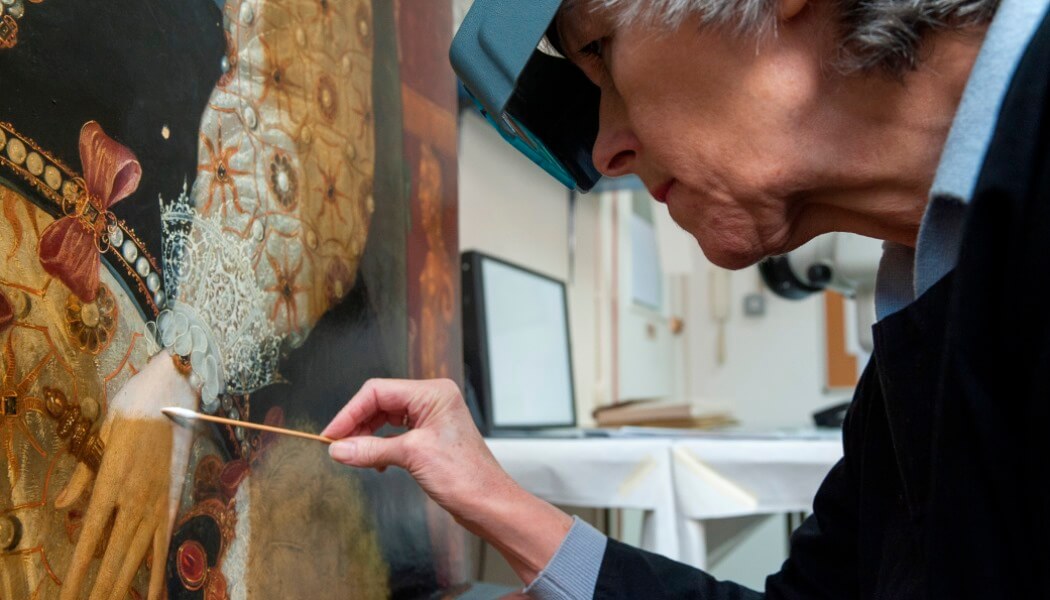 Main Image: Elizabeth Hamilton-Eddy who worked for six months on the conservation of the Armada Portrait
Share

The Armada Portrait, painted in the 1590s, entered public ownership in 2016, in the care of Royal Museums Greenwich following a major public appeal that raised £10.3m, including £7.3m from the HLF. The HLF grant followed on from the public appeal mounted in association with Art Fund, which attracted 8,000 individual donations amounting to £1.5 million, as well as other major grants.

Queen’s House, which reopened last year after a £3m refurbishment to mark its 400th anniversary, briefly displayed the Armada Portrait at the end of 2016. Since then the painting has undergone six months of complex and comprehensive conservation, painstakingly undertaken by Elizabeth Hamilton-Eddy, who is Senior Paintings Conservator at Royal Museums Greenwich, with more than 40 years’ experience in the field. 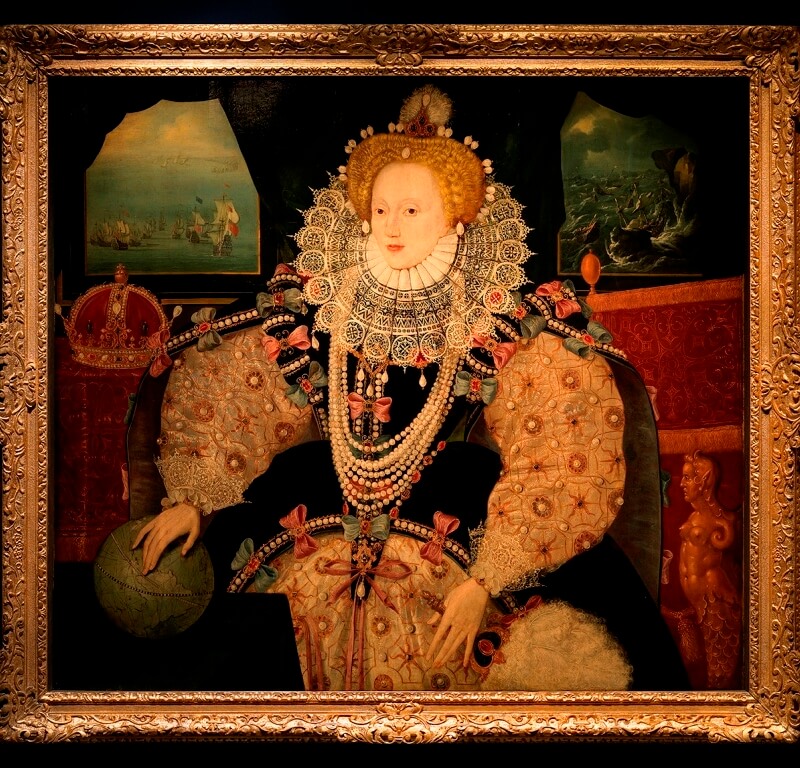 The Armada Portrait before conservation 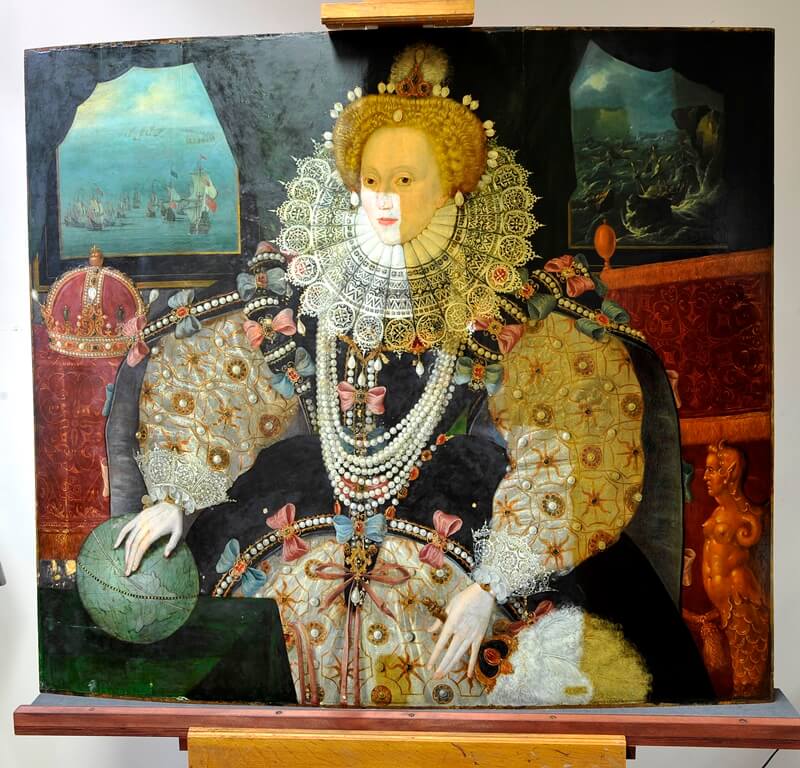 Dr Kevin Fewster, Director of Royal Museums Greenwich, says: “Thanks to this magnificent conservation treatment visitors will now be able to appreciate this remarkable painting in much the same way it would have been seen by Queen Elizabeth and her courtiers.” 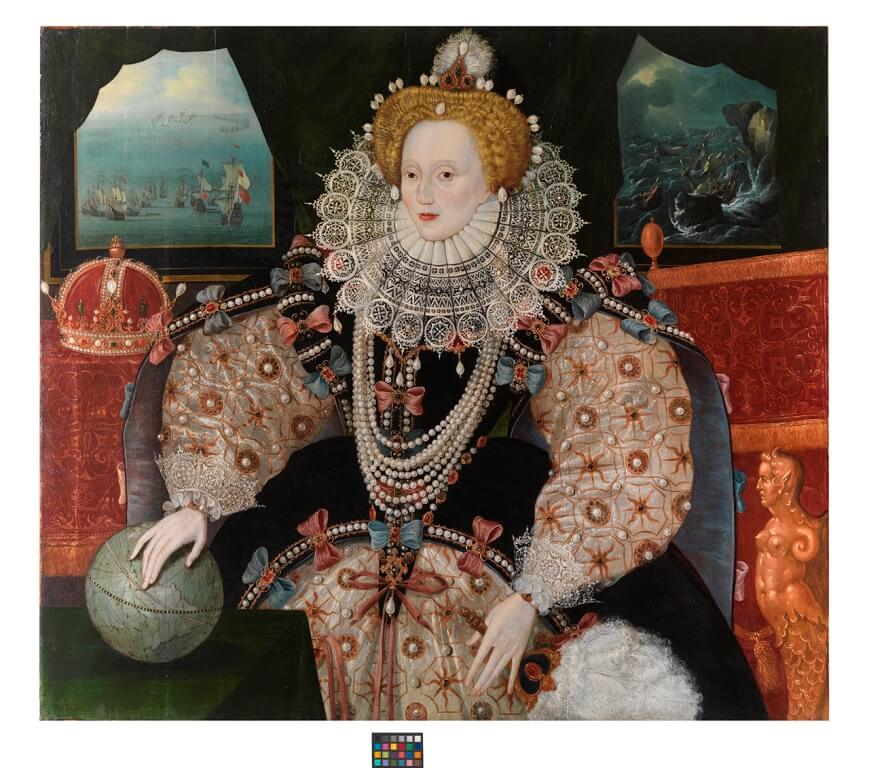 The Armada Portrait after six months' conservation. It was painted in the 1590s to commemorate the defeat of the Spanish Armada

The conservation has included paint analysis, new X-ray imaging and Macro XRF scanning – the latter by the Italian-based MOLAB team (part of IPERION CH – Integrated Project for the European Research Infrastructure on Cultural Heritage) and funded by the European Commission. In particular, the detection of Prussian blue in some minor repairs and in the two reworked scenes, demonstrates that they are likely to date to about 1710. Both are painted over earlier versions, showing 16th-century ship types: these can still be seen in the only other complete version of the painting (by another unidentified artist) in the Bedford Collection at Woburn Abbey.

The portrait is one of the earliest examples of a large-scale work in oils by any English painter, with a connection to the two most important native-born artists of the age, George Gower and Nicholas Hilliard. It commemorates the most famous conflict of Elizabeth’s reign (1558–1603), the Spanish Armada’s failed attempt to invade England in August 1588.

Bringing the past to life: Google Tango AR at Queen’s House