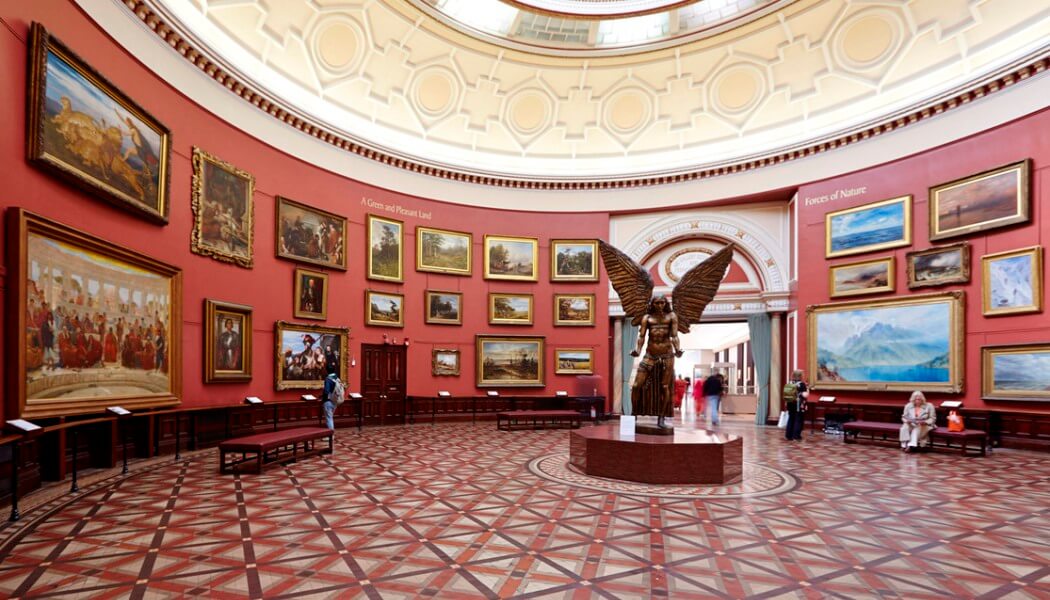 As we approach Easter, Nat Edwards ponders religion’s place in museums and finds that presented well, faith can speak of universal truths but that museums can sometimes struggle with its representation

‘If you’re not going to believe in God, then believe in Something,’ wrote my village priest on the flyleaf of a book he gave me after a particularly earnest heart-to-heart.

The book was Michael Pearson’s The Sealed Train, a novelised account of Lenin’s race across Europe to lead the Soviet Revolution. I was 15 and, with a teenager’s clarity, took the vicar’s intent to be that anyone with the slightest doubt about Christian dogma should fall back on the far more solid ground of Revolutionary Marxism. On reflection, I’m not quite sure what it was from our weekly discussions of Malcolm Muggeridge’s radio show that led him to that precise recommendation, but a week or two later the Chairman of the Parish Council dropped off a tape-cassette of songs and poems by Irish Republican Hunger Strikers. It’s a funny old place, Kent.

Since that conversation, I stopped going to church. I put aside any regular space in my life for the Sublime and set off in search of a world that could be hammered into some sort of new and immediate symmetry. Like many, I suppose, who, whether through atheism, agnosticism or poor time management avoided places of worship and the company of the religious, the one place where I could habitually encounter faith was in museums. There, I might glimpse the invisible world, leaping riotously into view in the paintings of Breughel or Bosch; share a moment of serenity with a 14th century Nottingham alabaster saint or stand at the shoulder of Dali’s Christ of St John on the Cross. I might have dumped God, but I was still keeping an eye on his Facebook page.

In museums too, I could see how faith interwove through human life, across time, cultures and continents. Stories I had imagined to be uniquely Christian were manifest in Egyptian statues of Isis and Horus or written on Mithraic altars. From the high hill of the museum, the horizon stretched far enough to see Greek gods rubbing shoulders with bodhisattvas in Gandhara schist and to see Gupta sensuality and mudras make a return journey through Epstein’s Lucifer. In museums, faith seemed to speak in terms of shared human truths: universal, complex and breathtaking. It seems a shame that museums sometimes struggle with the representation of faith – when it should be such a rich subject.

Of course, many museums present religious subjects in quite spectacular ways and, even for a reprobate old atheist like me, genuine moments of spirituality can be found – whether in front of the Chester Beatty Papyri or in the vaulted galleries of the Diocesan Museum of Jaca. However, for any curator or interpreter who wants to do the right thing, some of the contemporary discourse around cultural appropriation, identity and diversity can lead to a hesitancy. Faith as a topic has always been something that has provoked strength of feeling. In 2009, even the Pope took issue with Glasgow’s exhibit by Anthony Schag at GoMA. With faith, you are dealing with deep values and sensitivities. Any progressive museum professional is always going to strive to represent different cultures and beliefs with good manners but, as activism, on both right and left evolves new forms and occupies new milieu, museums and galleries are finding themselves objects of protest around numerous issues – from recent protests over exhibiting contemporary memes to Decolonise Our Museum’s protests over the use of kimonos in an event at the Boston Museum of Fine Art. I know what’s going to upset the Pope and I can make an informed curatorial judgment whether to do it. But who knows what will trigger the next bored student or constipated keyboard warrior to whip up a flashmob or 4chan flamewar [a particularly intense or volatile online debate]?

Then there is the bizarre chimera that haunts the nether world between town halls and local newspaper offices – the imagined overreaction to imagined offence about religion. The most recent example of this being the non-story, involving Theresa May, the Archbishop of York, the National Trust and Cadbury’s over the omission of the word ‘Easter’ from advertisements for Cadbury’s chocolate egg trails at Trust properties. That the word Easter featured prominently in Trust and Cadbury’s advertising did not stop the Archbishop imagining it had been removed and in his outrage at the reasons he imagined for this, he channelled the imagined outrage of Cadbury’s Quaker founder, which in turn gained the support of the Prime Minister. ‘I’m not just a vicar’s daughter, I’m also a member of the National Trust’ she said, as qualifications to be properly sententious.

Faith – in all its forms – is a marvellous thing. Engaging with objects of faith in museums can offer profound, fundamental insight into what it means to be human. This February saw the publication by Bloomsbury of the first serious global survey of Religion in Museums  – an invaluable resource for museum professionals to learn and take strength from the experiences of museums across a range of disciplines and perspectives. It is critical that museums are able to celebrate faith without guilt, with confidence and (as it is Easter after all) with passion. Passion doesn’t work if it’s been muted, qualified and censored until there’s no danger it will offend. And, even watered down, it will offend, because taking offence has become a shortcut to social prominence for the morally and politically lazy. The truth is, if you’re doing your job as a museum communicator, the Lord knows, you will probably upset some politician, slacktivist, vicar’s daughter or vicar somewhere down the line.

That’s their choice – to let the little, niggly differences get in the way and to inflate themselves with resentment about it. I can only thank God that, all those years ago, when I had a difference of opinions with my vicar, he didn’t take offence but instead urged me to look for the truth beyond that difference. He kept faith and trusted me to keep heading towards the light – which, after all, is what this museum thing of ours is all about.