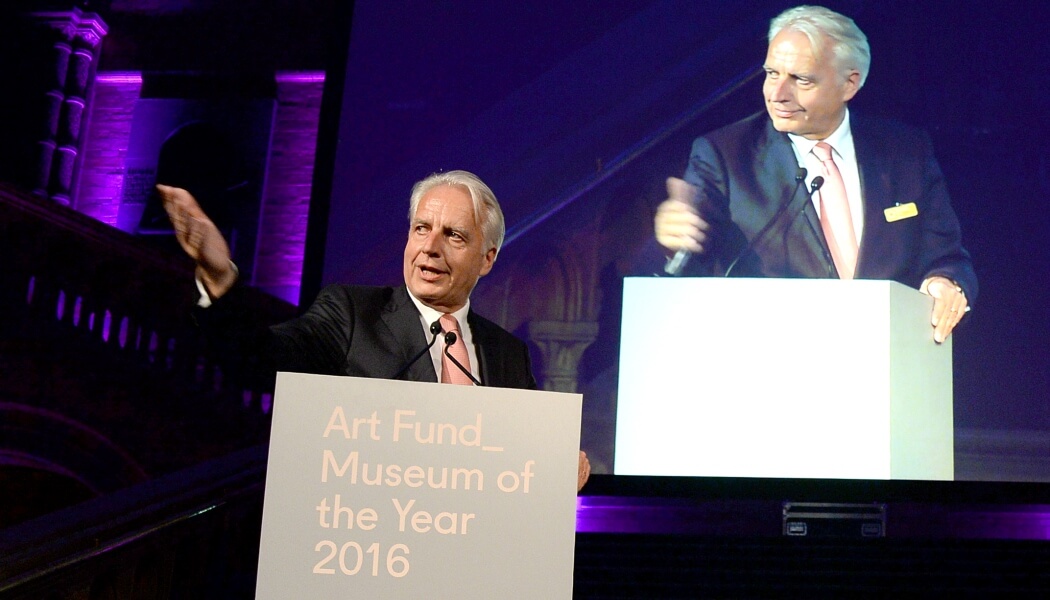 Born in Stuttgart, Martin Roth, former V&A director, has died aged 62. He was the first German to head a major UK museum and oversaw the V&A become Art Fund Museum of the Year in 2016

Martin Roth was director of the V&A from September 2011 until leaving his post last autumn sighting Brexit as a big part of his decision. During his tenure at the V&A, he succeeded in making the museum more international and presided over a succession of critically acclaimed exhibitions, most notably David Bowie is and Alexander McQueen: Savage Beauty, achieving record visitor numbers, which last year reached the highest level in the Museum’s 150 year history – as well as the ambitious refurbishment of multiple galleries showcasing the V&A’s world-leading collections, including the new Europe 1600-1815 galleries.

“We are extremely saddened to hear that Dr Martin Roth has died. Martin will be remembered as a man of prodigious energy; a Director with a global reputation both within the museum world and beyond; a committed Europhile and cultural ambassador with a philosophical turn of mind, as well as a devoted husband and father,” said Nicholas Coleridge CBE, Chairman, V&A in a statement posted on the museum’s homepage.

“As Director of the V&A for just over five years, Martin made it his mission to raise the international profile of the Museum, and under his leadership, the V&A was named 2016 Art Fund Museum of the Year. Martin was the impetus behind initiatives such as the V&A’s presence at the Venice Biennale.”

Among the attributes as director Mr Coleridge said Roth was also instrumental in the founding of the V&A Research Institute, and was closely involved in the expansion of the Museum’s footprint to Dundee and Shekou, as well as the recent opening of the V&A Exhibition Road Quarter. “This, combined with exhibitions such as David Bowie Is, Alexander McQueen: Savage Beauty, Disobedient Objects and Engineering the World: Ove Arup, raised the V&A to new heights. We will greatly miss Martin, and are profoundly grateful for his considerable contribution to the V&A.”

In a statement the German culture minister, Monika Grütters, said: “With the passing of Martin Roth, the German and international museum world has lost one of the most prominent but also polemical personalities. He took part in numerous discussions with a strong opinion and enriched these debates. His capacity for enthusiasm was contagious.”