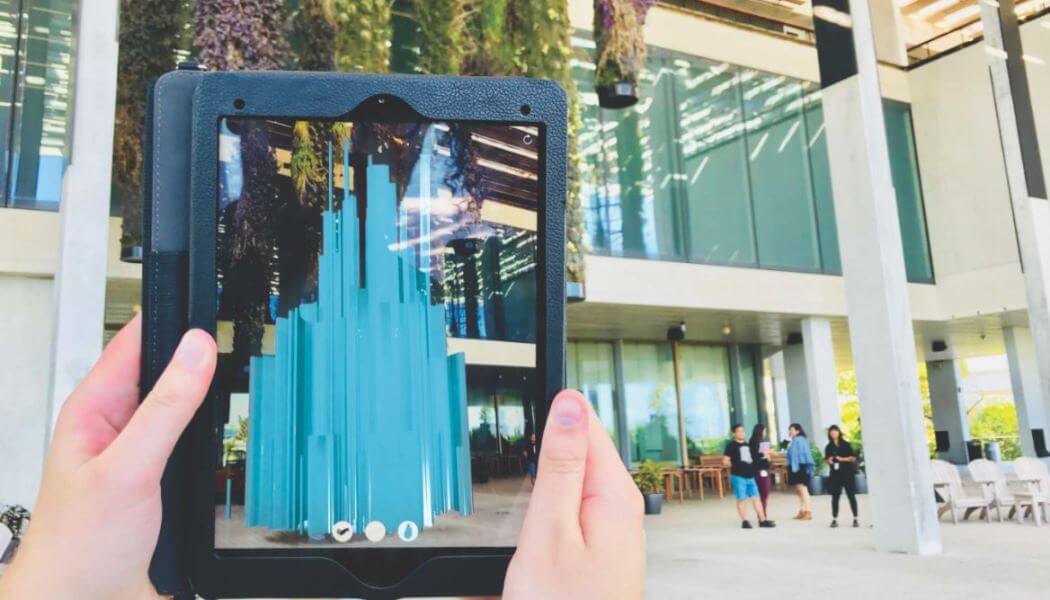 As we saw in previous technology case studies on Advisor, virtual worlds began making an impression on our cultural organisations in 2015 with exhibitions and experiences such as Bright White’s Battle of Bannockburn, Historic Royal Palaces’ The Lost Palace and Soluis’s Dome.

Other technologies such as Cooper Hewitt’s Pen, which was given to visitors on arrival and them to collect and save objects of interest and upload them online to view post-visit whenever they want, have also pushed the possibilities of technology and its use in museums. So too has Cleveland Museum of Art’s creation of a 40ft interactive wall. But it’s the exploration and development of VR and AR that have really started to stand out as dominant technologies, as they have the power to transport visitors not only into other worlds but back in time.

Here Advisor provides two case studies including Pufferfish, which has created the PufferShpere, a spherical display system that can combine VR with visuals. In 2016 the firm installed its PufferSphere into the Lapworth Museum of Geology at the University of Birmingham as part of its redevelopment that saw it shortlisted for the Art Fund Museum of the Year. We follow Pufferfish’s recent project in two German museums that has helped them draw in visitors to their new joint exhibition exploring weather and climate change.

We also take a journey with artist Mat Collishaw and his latest exhibition, Thresholds, which uses VR to recreate the world’s first major photography exhibition. He explains why VR was appealing to him, the challenges it poses and the exceptional potential it has to recreate history. 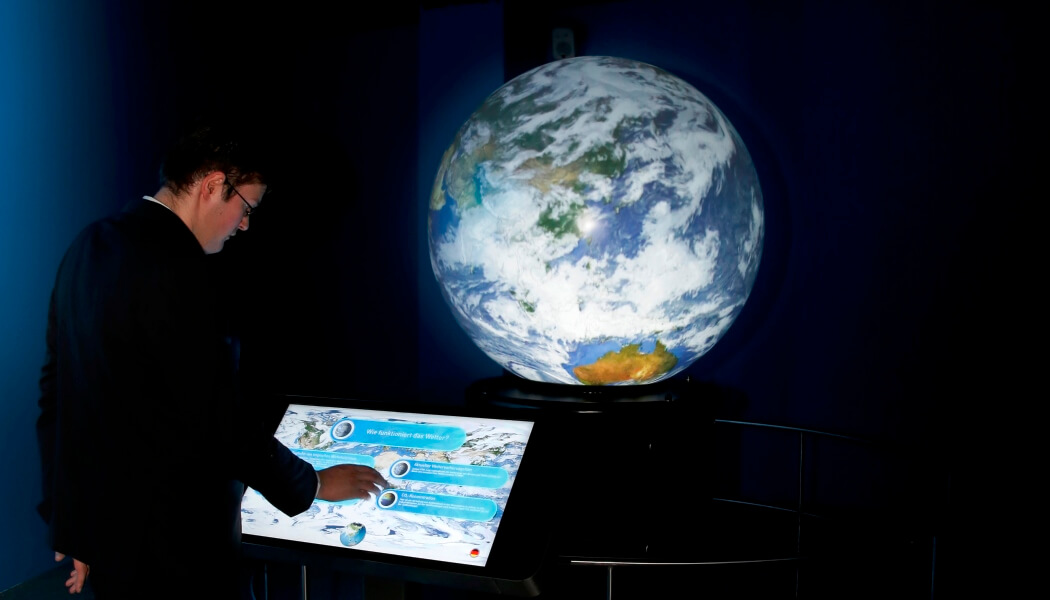 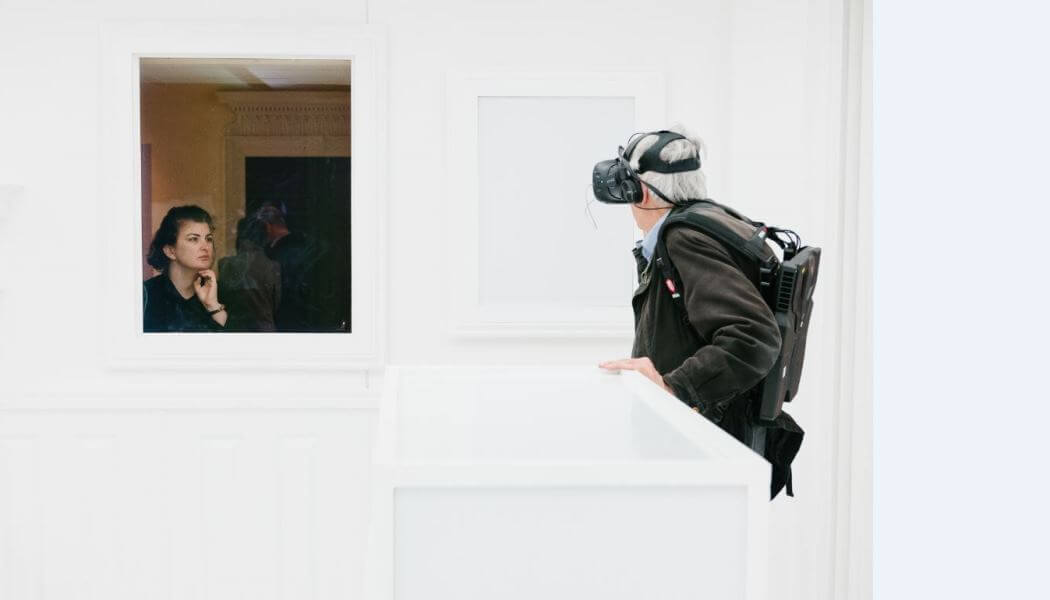 One of the overriding themes that becomes apparent when talking about using the latest technologies in museums is that as cutting-edge technology matures and improves (and the cost comes down) it becomes more widely available in people’s homes. They then expect and relate to its use in their places of entertainment and want to see it used in museum exhibitions.

And some institutions have really pushed the use of VR to the extreme such as the Kremer Museum, which is a solely VR experience announced in November 2017. The museum features more than 70 Dutch and Flemish 17th century paintings that have been photographed between 2,500 and 3,500 times using the ‘photogrammetry’ technique to build one ultra-high resolution visual model for each painting, ‘allowing visitors to enjoy a deeply immersive experience with the paintings.’

In Japan it was recently announced that art collective and self-titled ‘ultratechnologists’ teamLab will launch their Digital Art Museum in Tokyo in the summer, which will be completely filled with digital works. They say: “Digital technology has allowed us to liberate art from the physical and transcend boundaries.”

This desire by museums to use technology as an engagement tool for visitors has also led to the establishment of new service-providers who are combining their passion for culture with their technical know-how and entrepreneurial skills to bridge a gap between the ever-evolving technologies and museums.

For example, Brendan Ciecko, the 30-year-old chief executive and founder of Cuseum, a US company launched in 2014 that powers mobile apps in museums, says that technology is transcending the arts. Cuseum recently worked on Felice Grodin: Invasive Species the world’s first exhibition to use Apple’s ARKit at the The Perez Art Museum Miami (PAMM). 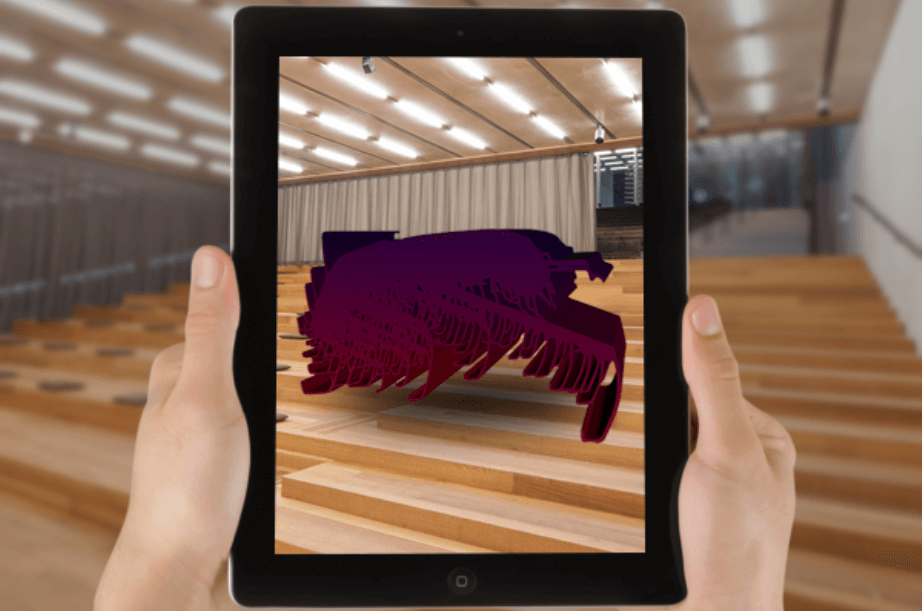 “Museums are looking for new ways to engage their visitors, and technologies like AR and VR add to their arsenal of educational and storytelling tools,” he says. “Museums are natural storytellers eager to craft and distribute new stories in new ways. In using AR, museums can virtually overlay educational or entertaining content without modifying the physical space thus creating a new layer through which to connect with visitors.”

In the case of PAMM, they were driven by their institutional mission and commitment to supporting artists and commissioned new digital works for a completely AR-powered exhibition. “As a 21st century museum, PAMM seeks to reinforce the idea of the museum as a place for experimentation and a laboratory for ideas,” said PAMM Director Franklin Sirmans.

And Ciecko believes you’d be hard-pressed to find a museum whose strategic plan doesn’t include or prioritise digital initiatives and goals. “A decade ago this may not have been the case, but today, technology is all around us. Museums, just like any type of business or organisation, are facing new challenges (and opportunities) as technology rapidly changes our way of life. In parallel, the behaviours, expectations, and appetites of museumgoers are evolving faster than ever and museums must adapt. To lead museums into this digital era, you’ll now find chief digital officers and other tech-forward positions on the organisational chart of any major institution.”

This is true at Newseum, an interactive museum in Washington DC that promotes free expression and the First Amendment, while tracing the evolution of communication. It has recently launched a series of educational experiences using VR and AR, the first of which, Unabomber, covers the hunt for a domestic terrorist in the 1980s and ‘90s. 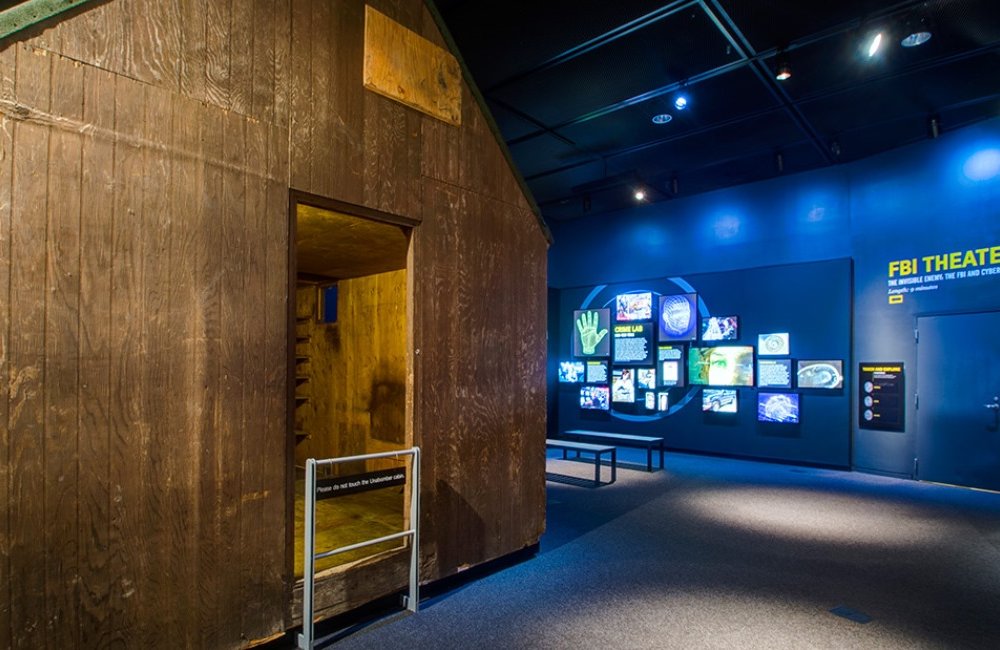 “We want to be able to reach people wherever they are,” says Mitch Gelman, is its chief technology officer. “This also includes reaching gamers and other VR users who may not necessarily seek history lessons in museums. We have a generation that is growing up on video games. The goal was to produce media that would speak their language and VR is an incredibly experiential form of storytelling.”

The costs and barriers to entry for AR have decreased significantly over the past years, says Ciecko. The introduction of Apple’s ARKit and Google’s ARCore in 2017 signalled a major tipping point. Many major technology companies have introduced free developer frameworks which remove costs that would otherwise be passed on to the client. However, VR is a different story, he says, as the hardware and high cost of content production remain a hurdle.

“But the number of consumers with access to smart devices and the increasing computing power of these devices is astonishing and will yield new possibilities.”

These new possibilities, he says, include technological innovations in invisible and conversational interfaces, and the integration of artificial intelligence into the museum and cultural experience.

Education in Museums: creating a learning culture through participation and outreach

Are museums the best place to find innovation in AR?